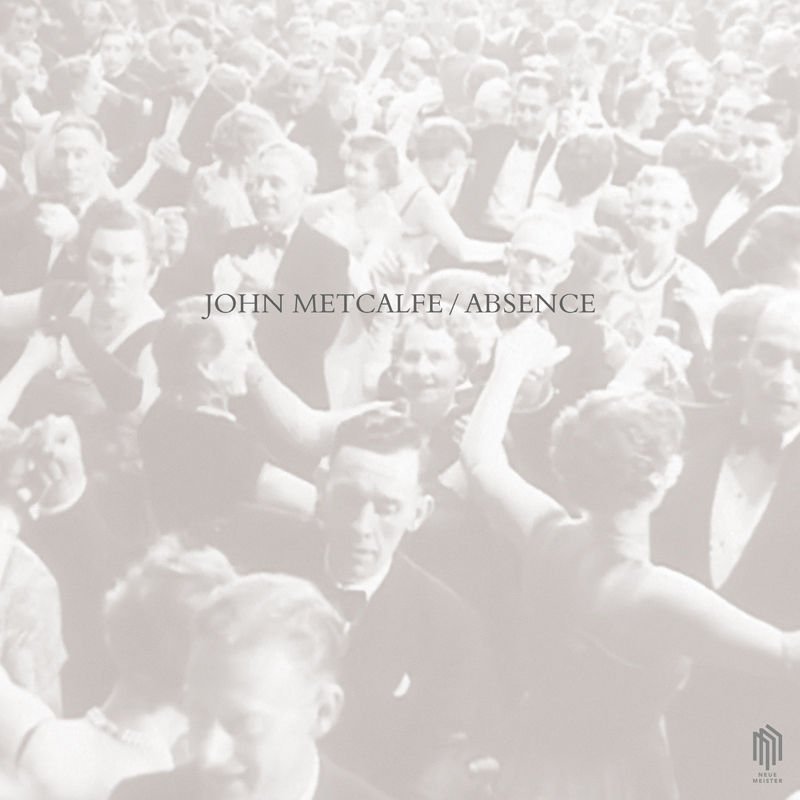 What is it to be human? What unites us across time and continents and blood? Many have sought answers to such fundamental questions by examining sorrow and loss, death being a constant faced by us all. Many artists have used grief as a muse, searching for meaning in how we deal with what we lose and our capacity to overcome tragedy. And to the list of those who have grappled with such conceptions we must now add John Metcalfe, whose stunning new release Absence delivers a thoughtful and ultimately uplifting rumination on what death leaves behind, and how we come to terms with it.

As a solo artist, Metcalfe explores electro-classical soundscapes and the boundaries between genres. His finely tuned compositions are neat yet grand in scale, both in terms of sound and the conceptual ideas underpinning them. Absence, the fifth record to bear his own name, is something of a departure for Metcalfe, framing bold images and themes with some of the most conventional song structures he’s ever employed. But it’s also his most affecting, deconstructing a subject he’s been interested in since his childhood in New Zealand.

“There’s always been tracks influenced by the death of my father,” he says, although Absence was born in the aftermath of a very different tragedy; a friend’s sudden, unexpected suicide. Some months later, Metcalfe sat down to process his thoughts. “I wasn’t thinking of it to be cathartic,” he says of ‘Flood, Tide’. “I just wrote some words, and that was the start of it.” Over delicate, spectral piano, Metcalfe’s voice sounds disconsolate, shot through with sadness. “He lay free, gone”, he sings. “This time let go / Keep him inside”. The pain is palpable.  Written around the time of his last record, 2015’s The Appearance Of Colour, it found its way into his setlists and inspired a new suite of songs exploring not death itself, but the absence left by loved ones and how we remember them. The record is chronological, exploring the relationship between two lovers, one of whom is dying. “It’s about the conversations they have,” he explains. “The imagined conversations you’ll have when someone is in the final, physical stages of death, the electricity leaving our body, and the final thoughts of both the person about to die and the person who has to carry on with life.” But Metcalfe’s triumph is to steer Absence away from the mawkish and trite, writing instead from a warm, loving perspective. “We have / so much / my love”, sings Rosie Doonan on elegiac opener ‘She Feels’, a gentle hymn about reminiscence and a life shared. It sets the tone beautifully, Metcalfe’s viola a soft hum underneath Doonan’s ghostly voice. And it’s the latter that’s often the stand out element, conveying a regal grace, poise, and hope. “It’s less to do with me and more to do with Rosie,” says Metcalfe of the decision to continue with a full band set up on Absence. “I just love her voice.” The trio – Doonan, Ali Friend on bass, and Daisy Palmer on drums – have grounded his compositions and give a rich texture; witness Palmer propelling ‘Feel The Land’ to a crescendo, or adding to the jittery bustle of ‘Above The Waves Of Crystal Waters’. There’s also a precision to these songs, and their relative simplicity in comparison to his more experimental music gives each instrument space to breathe. Even his own voice is elevated, floating alongside Doonan’s and occasionally forging ahead on its own. “I’m not a singer, I’m not trained,” he says. “But it has something; the sentiment or emotion I’m trying to describe.” Ditto his lyrics, which rely on neat couplets and clever rhymes, the exact meaning less important than the way they’re delivered. “Lyrics are so prescriptive, and I’m not a poet,” he explains. “I’ve tried to leave things open for the listener, to own it more themselves.” And so one is left to catch the details and piece together the puzzle; returning to an empty house with trepidation in ‘Boats And Crosses’, finding acceptance in death in ‘When They Weep’, and memories of love giving the strength to carry on with life in ‘See Me Through’. Through it all, Metcalfe focuses on tenderness and love’s healing power, how “The sky sings of our union” (‘Above The Waves Of Crystal Waters’). Nature looms large too; rain, oceans, and sunlight hinting at the natural cycles that govern our lives, and how powerless we are to resist them. All of these elements come together to devastating effect in ‘Solitude’, one of the most emotional, heartfelt tracks Metcalfe has ever written and the heart of Absence. “Those eyes, those smiles / Suddenly I / Solitude”, Doonan gently laments as plaintive piano and haunting viola perfectly capture the crushing feeling of being alone. But even as the protagonist bleeds and weeps, hope is offered as a salve; “I dream / Open the door”. Metcalfe’s gift is to gently remind us that while nothing ever lasts forever, we owe it to our dearly departed to forge ahead with the life we have left, and to live it in their honour. Derek Robertson 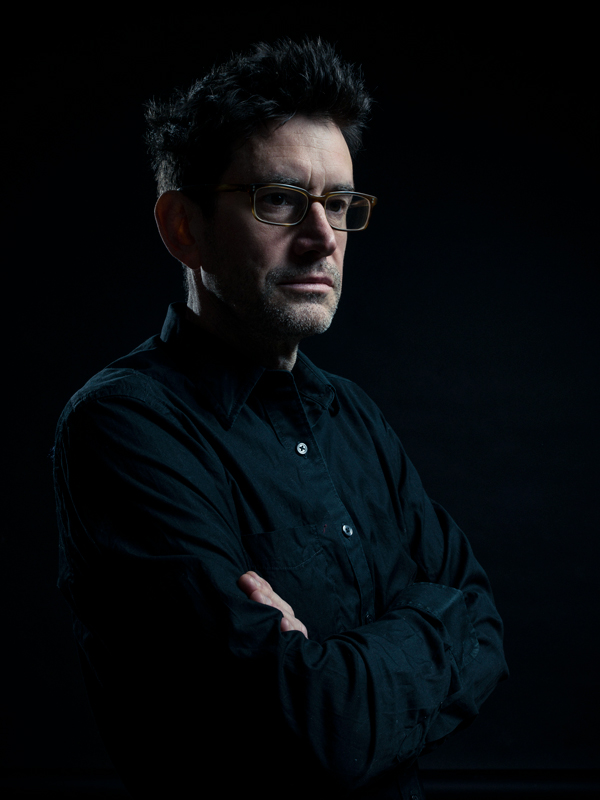 Composer, multi-instrumentalist, producer and arranger to the likes of U2, Coldplay, Peter Gabriel and Blur, New Zealander John Metcalfe is one of the most sought after musicians in the business. In addition to his collaborations with a huge range of artists from pop, electronica and classical and his work in radio/television he tours and records with his own band and as violist with the renown classical Duke String Quartet. He was a member of cult band Durutti Column and alongside Tony Wilson launched the pioneering Factory Classical on Manchester’s legendary Factory label. He also performs and records with the Max Richter Ensemble. Metcalfe’s most recent solo album,‘The Appearance of Colour’, described as “effervescent, divinely beautiful” by Clash magazine and "staggeringly beautiful" by Mary Anne Hobbs on BBC 6Music, beautifully unites the disparate strands of his kaleidoscopic musical world. Within the album are powerful rhythmic strings evoking the world of systems music, moments of transcendent solo piano, shimmering electronics and guitar, elements of drum and bass, and of chamber music. Metcalfe’s 5th studio album ‘Absence’ will be released in September this year on Berlin’s highly regarded Neue Meister label. For the new album and upcoming live shows Metcalfe has assembled an incredible line-up of musicians from the worlds of post-classical, electronica and pop: the crisp, jazz-influenced beats from Daisy Palmer (Paloma Faith, Rae Morris) deeply felt groove and lyricism from Red Snapper's bassist Ali Friend and the exquisite voice of Rosie Doonan (Peter Gabriel, Birdy). "Very beautiful" - Lauren Laverne Headphone moment

Metcalfe has always been surrounded by music. As a child, he would listen to his father sing opera, before a love of Kraftwerk and Joy Division led to a stint as a drummer in a high school band. But it was a move to Manchester that really accelerated his development as an artist, and led to him finding his true calling. Joining cult band The Durutti Column, then signed to legendary label Factory Records, brought him into the orbit of Tony Wilson and the Haçienda, formative events that would help foster his renegade spirit.

Unimpressed with the strictures demanded by the classical recording industry, Metcalfe persuaded Wilson to launch the ground-breaking Factory Classical Label, aimed at unearthing exciting – and unconventional – new British talent. It was here that Metcalfe found a home, and the group that would come to define his musical career; the Duke Quartet. For nearly 30 years, they’ve existed at the vanguard of contemporary British music, innovating and delighting in equal measure.

Working with world-renowned artists across the entire cultural spectrum, from pop, dance, film, TV, and theatre, Metcalfe honed his composing, arranging and producing skills; he’s now one of the world's most sought-after arrangers. Since his work on Morrissey's no.1 solo album Viva Hate, he has worked for artists such as Coldplay, Blur, George Michael and Tom Jones. After hearing his arrangement of 'Angel in The Morning' for the 'Friends' soundtrack, the Pretender's Chrissie Hynde asked John to arrange some of her most famous songs for the 'Isle of View' album featuring the Duke Quartet. In 2017 he arranged and conducted 'Different Corner' for the Brit Award's tribute to the late george Michael.

Metcalfe was the arranger, musical director and co-producer of Peter Gabriel's orchestral albums, 'Scratch My Back' and 'New Blood' being closely involved with Gabriel in re-interpreting covers of major artists ranging from David Bowie to Paul Simon using only orchestral instruments. Mojo magazine called it "A profound re-imagining made manifest in an orchestral soundworld as rich and thrilling as ever recorded at Air, the studio founded by George Martin". Touring was worldwide visiting renown venues such as Radio City in New York and the Hollywood Bowl. Most recently he conducted and arranged the orchestra for U2’s BBC special, recorded at the legendary Abbey Road studios. This year he composed the music and was musical director for 'Giudizio Universale', a stunning immersive show about the Sistine Chapel which is currently running in Rome to sell-out audiences. 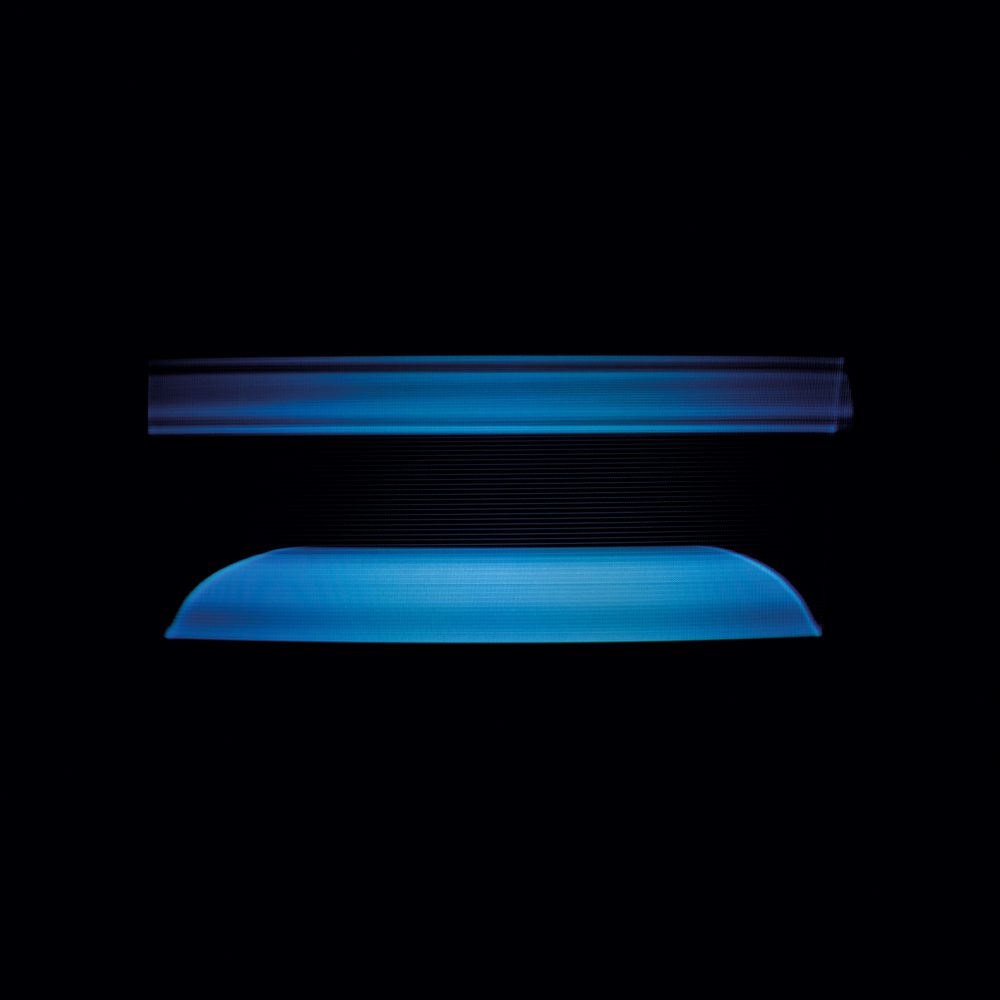 Clash Music - "..a euphoric outpouring after the ebb and flow of frenetic beats and claustrophobic ambient washes that have gone before, is one of several moments of magic on this increasingly affecting record." 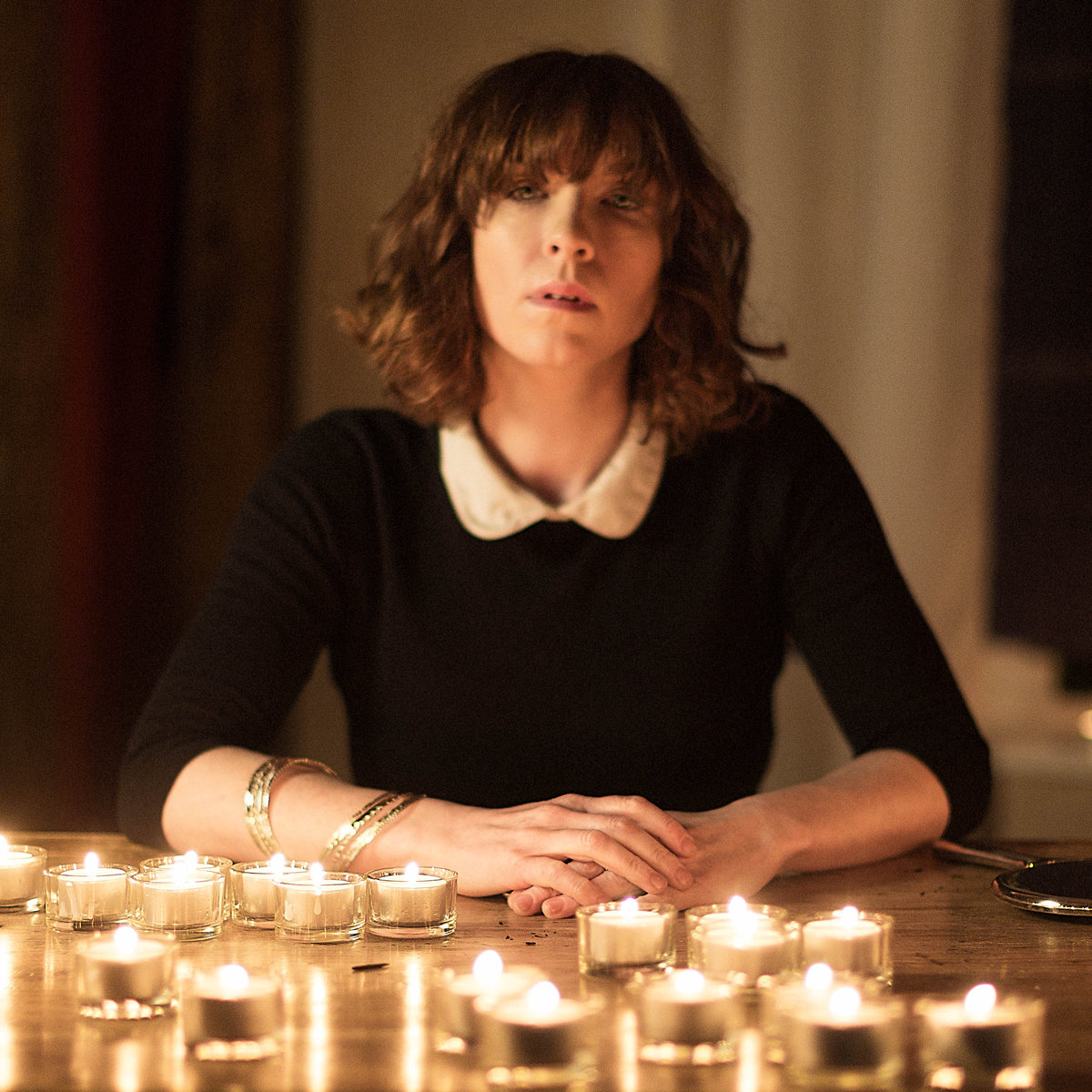 The four track Wrapped EP features the soulful voice of Rosie Doonan (Birdy, Peter Gabriel) on the title track. Although largely known for his instrumental compositions, when Metcalfe met Rosie on a Peter Gabriel tour, he was unable to resist writing some material for her. “I clearly remember the first time I heard Rosie sing,” explains John. “I was with some fairly hardened touring musicians who aren’t easily impressed and we went round the front to listen to Rosie sing a couple of songs before the main Gabriel show. We were all transfixed. I usually write instrumental music but this seemed like the time to change that and it seemed crazy not to collaborate with her.“ 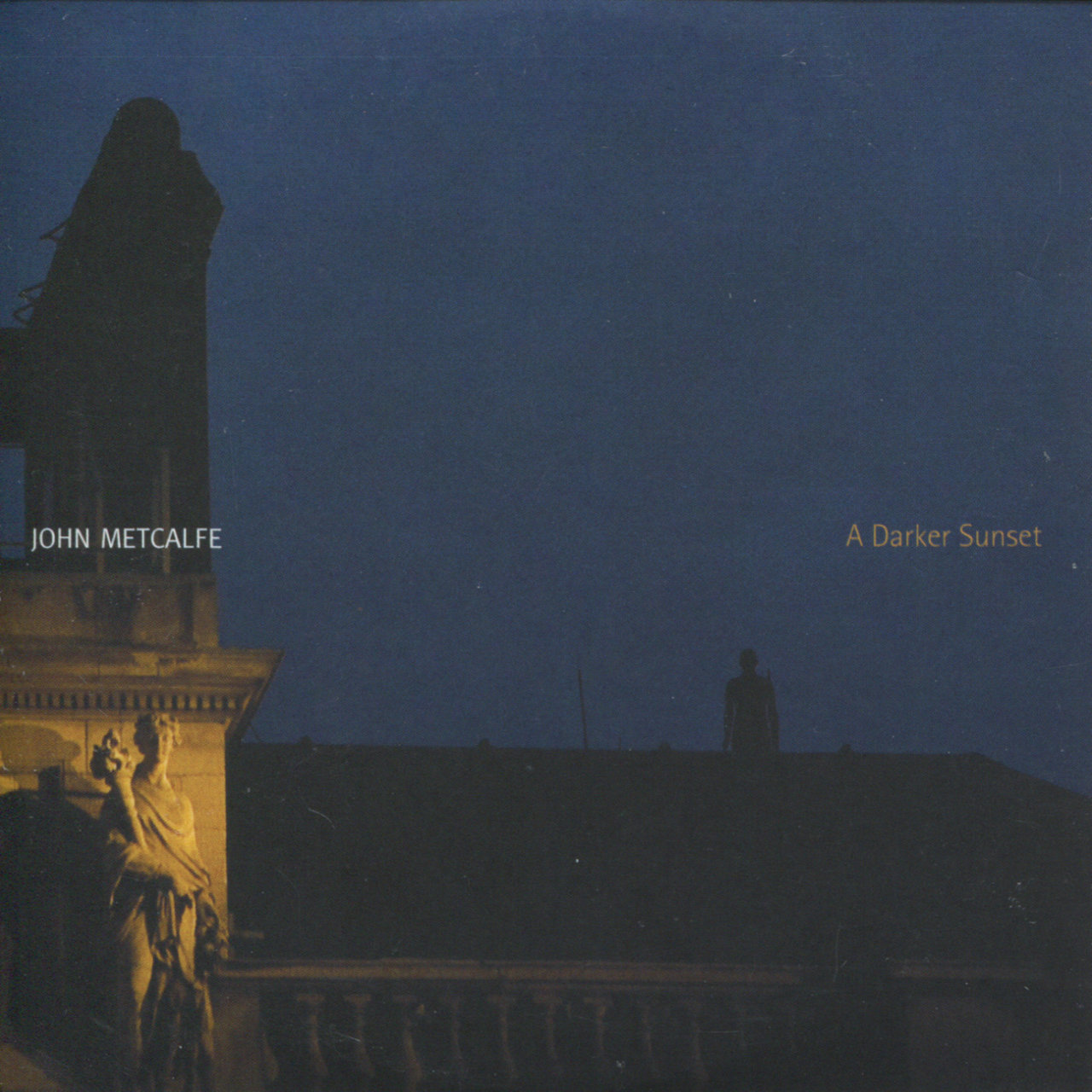 Eamon Forde - The Word - "... a woozy wedding of classical, electronica and ambient ... a gloriously schizophrenic collection, one minute lazily teasing out notes amid floaty atmospherics then jack-knifing into a 60's spy thriller set piece, heavy on brass and scratching ... A wonderful wrong-footing of a music business built on the selling of vocalists as personalities." 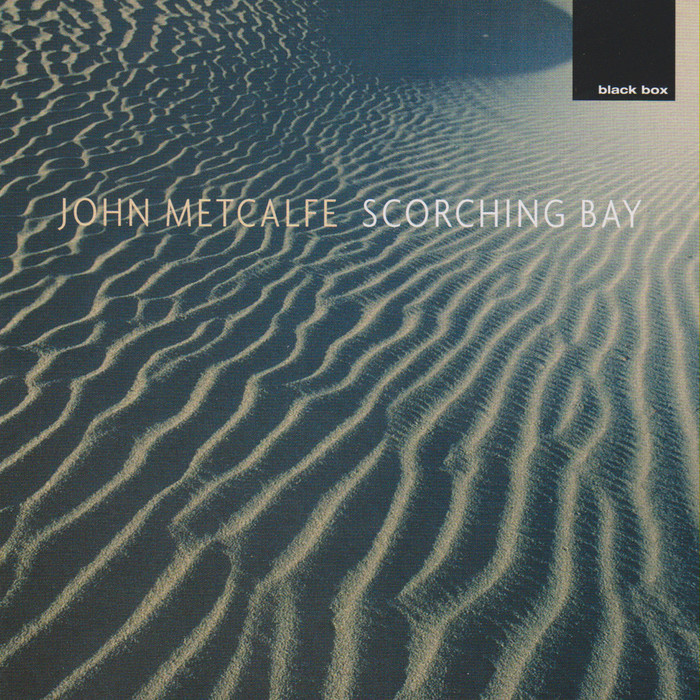 John L. Walters - The Guardian Friday Review - "John Metcalfe's strings and electronics are impeccable."John Metcalfe's Scorching Bay is an example of what you might call the "logical tendency" - music constructed thoughtfully and carefully from considerations of sound and music, with little to dilute it ... this album is the expression of Metcalfe's compositional personality, which splashes happily across several streams of current music-making. All of this is entirely appropriate for someone who trained at the RNCM in Manchester while playing in the Durutti Column and kick-starting the influential Factory Classical Label." 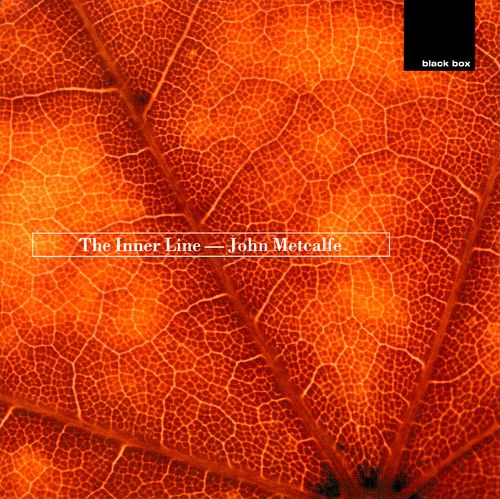 Billboard - "... a solo debut that crosses all manner of boundaries. Melding avant-pop and electronica, film music and contemporary classical, The Inner Line puts forth a set of highly melodic, sonically compelling songs without words."